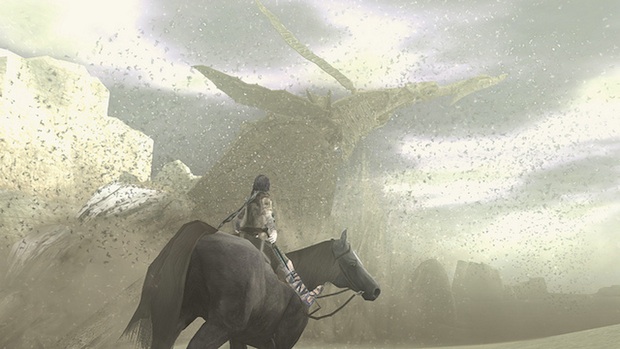 Fumito Ueda said today at the Tokyo Game Show in a session that the upcoming HD PS3 versions of Shadow of the Colossus and ICO aren’t just lazy ports. They’re working on many of the visual aspects of the game to make it look better on your HDTV. For example, texture uprezzing is said to be going smoothly, and Ueda says he’s very happy with how it the game is looking so far.

Ueda said that when he looked back at the original version of Shadow of the Colossus, he wasn’t happy with the instances where the frame rate dropped. He revealed that with the PS3 versions of both Shadow and ICO they’re achieving a solid 30 frames per second, and that he’s very happy with the overall experience now.

We were shown a live demo of the first battle in the game, and it looked really nice in HD. I couldn’t count frames exactly, but I noticed that the camera seemed to pan smoothly as we watched the player scale the first enemy, and there was even some showing off how smooth the camera moved after the battle was completed. From what I saw, playing this game again in HD will be a real treat.