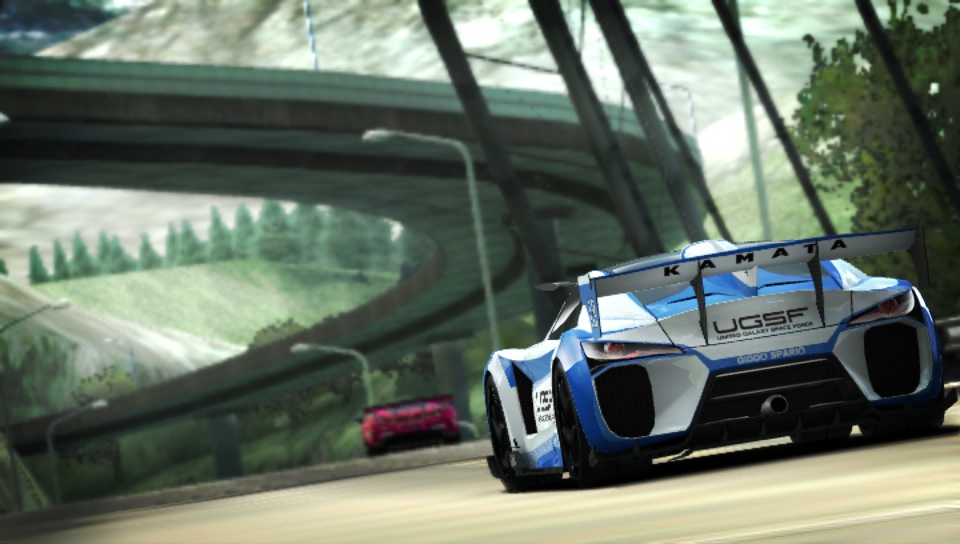 When the Vita was first announced earlier this year I was able to play around with a tease experience for the next Ridge Racer title. I was hoping to see more of the game at Tokyo Game Show this year, and I was able to, but they’re still not finished with it. They had better hurry, as you know a PlayStation product cannot launch without some kind of Ridge Racer title.

The TGS demo for Ridge Racer for Vita wasn’t much to talk about, but at least it was playable. I’ll tell you one thing: It looks goooood. Just as we’ve been telling you with the other Vita games, this title really pops off the screen, and it looks closer to a PS3 title than a PSP one. It’s classic Ridge Racer, with lovely vistas and flashy cars. As always, leaning into tight turns at high speed feels great. And with analog sticks that are raised, all the steering feels great.

The whole experience had that not-yet-finished feel, but it’s going somewhere good as far as I can tell. I already like it more than Ridge Racer 3D, though that’s not saying much.

This game doesn’t even have an official title yet, but I’m sure we’ll hear something closer to its December 17 launch date.