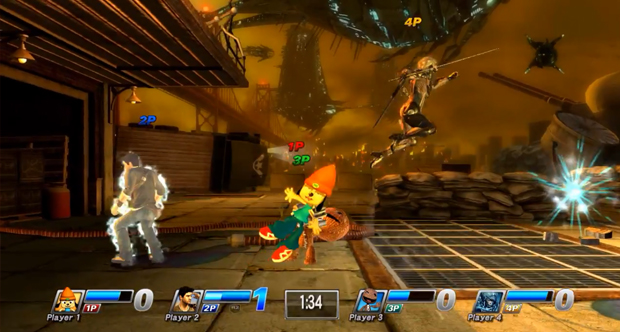 I’ve been waiting for new PlayStation All-Stars Battle Royale character reveals with bated breath, but Sony didn’t bring any new characters to TGS. What they did bring is a demo containing 12 characters and five stages, which reminded me why I’m excited for this game. Being in a match with Sony’s Japanese mascot Toro, Heihachi, Daxter, and Drake on Parappa’s stage was great.

There are still some kinks that need to get worked out. Heihachi’s level-one super is too easy to botch in comparison to other characters. The Parappa dojo is a neat setting for a stage, but it’s pretty dull in terms of layout. On the positive side, the demo contained AI players which were solid enough to be mistaken for human players.

The release of All-Stars is right around the corner (November 20) and I can’t wait.