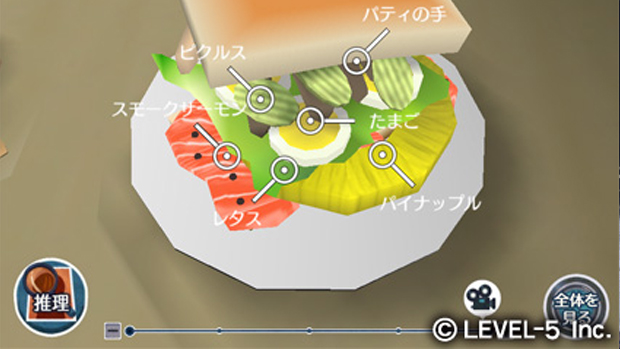 The idea of developers dedicating resources to mobile versions of franchises is something I’ve long been against, but have slowly been warming up to. So, they might as well make something good.

Layton Brothers: Mystery Room isn’t going to buck any trends. The production values are a significant step down, it safely distances itself from the main series entries, and it caters to a different audience. But, it still manages to contain that same Layton charm and approach that makes the series so endearing.

For better or worse, Level-5 is choosing to make an original Layton game for iOS rather than port one from the DS. This may be a bit misleading, however, since Mystery Room began as its own series in 2009, only to be rebranded as a Layton game. Nevertheless, the game is sticking close to what the series does well with a European art style, a soothing jazz soundtrack, and puzzles that are way too tough to solve in a language you don’t understand.

Instead of following Hershel Layton, Mystery Room follows his sons and their apprentice (whom you choose out of two possible choices). The puzzles also seem to take a different approach. The demo contained a lengthy explanation of a murder scene followed by an interactive set where you turn and zoom in a camera to pick-up clues.

This all feels like a natural adoption of iOS’s touch controls, but it’s kind of gimmicky and not nearly as engaging as a good riddle. It’s kind of too CSI: Layton Edition for my taste.

Once you’ve gathered enough clues, you must decide which of the three suspects is guilty. I couldn’t follow the Japanese text, but I chose the fat, old lady because this is a Layton game. Naturally, I was correct.

Mystery Room looks pretty sharp, but you won’t mistake it for a main entry Layton game, especially the upcoming 3DS that look stunning (previews to come!). The game lacks that warm, hand-drawn look and the style and sound of the game feels closer to late ‘70s (if that makes any sense).

Maybe it’s a good thing that Level-5 is trying to branch off and make something new in the Layton universe with its iOS debut, but it’s hard to get too excited when we have much better-looking, better-playing Layton games on the way for 3DS.

Mystery Room will be available for download September 21 in Japan, but there are currently no plans for a US release.