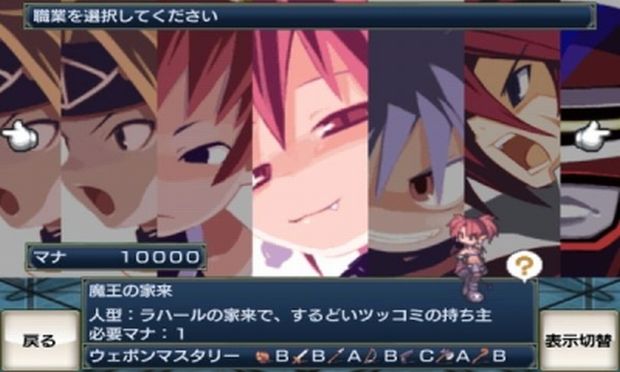 [Update: This is not a port of the PS2 game but is based on the series’ Item World.]

NIS made a few announcements at Tokyo Game Show today, the first being that they have started development on the Android platform. The first game they’ll be bringing out is Disgaea: Netherworld Unbound. While the core of the game is largely the same, expect some changes to make the experience work with Android cell phones.

The visuals will be largely the same as the PS2 games, which you can take a look at for yourself in our gallery. NIS is also planning for downloadable content for Disgaea-like characters, items, and features.

Disgaea: Netherworld Unbound will be out sometime this Fall.