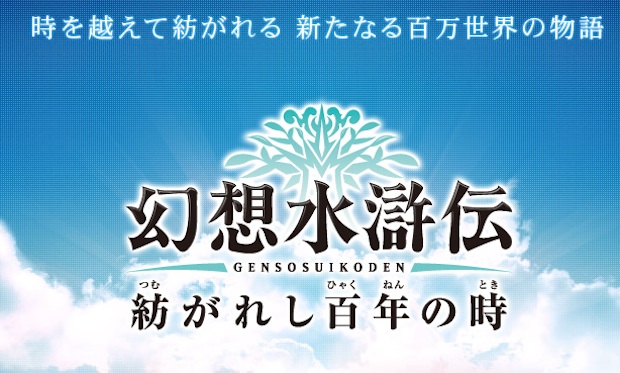 Just when you thought you could retire your PSP for a Vita, Konami goes and announces a new game. During events at the Tokyo Game Show Konami announced a Suikoden series game called Genso Suikoden: Tsumugareshi Hyakunen no Toki. Yes, PSP.

The trailer looks nice but we don’t know anything beyond what it shows. There’s no word on what it will look or play like. In fact, I’ve got nothing for you but a new website for the game. I’m sure we won’t see more for awhile. Still, new Suikoden! Let’s hope this one gets localized.