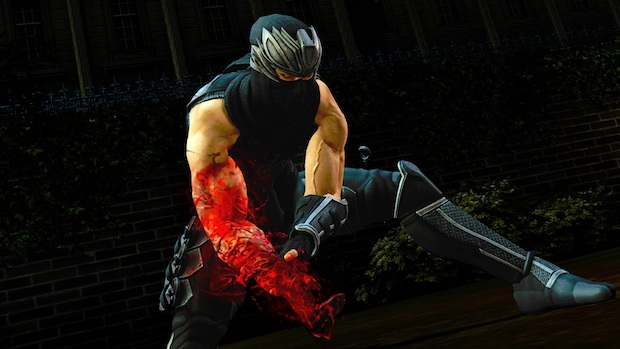 Does my arm hurt because I’ve been typing at pre-TGS events all day? Or is it because Ryu is all doubled over with that bloody, scarred arm of his, and that I’m the kind of guy that gets sympathy pain. He has the blood of the thousands he has killed on his hands. Literally. I’ve just got a bit of a hangnail.