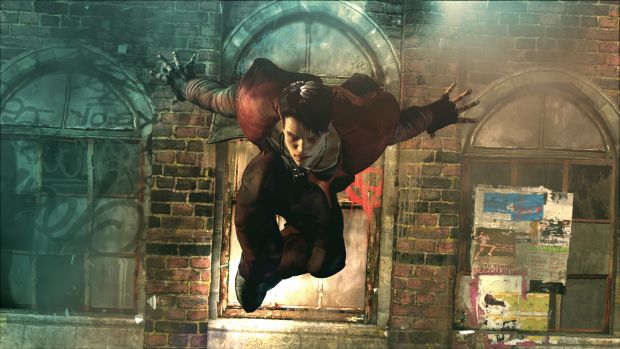 [Update: Some of DmC’s story has been revealed. The new game will “depict a duplicitous world where nothing is ever as it seems and the line between good and evil is constantly blurred. Spurred into action by the promises of a trusted relation, Dante bursts into this world intent on revenge at any cost. DmC will retain the series’ signature mix of sword and gunplay but add additional weapons, all new powers and a revitalised gameplay system as players encounter the game’s devilish mix of enemies and navigate the rich, interactive environment.”]

Capcom’s third new game reveal at Tokyo Game Show today was a brand new Devil May Cry game! Simply called DmC, the Ninja Theory developed title stars a younger, more rebellious Dante. His hair is also black now. This is going to be a reboot of the series as producer Alex Jones described his studio’s vision of the new game.

No release date or platform was given but we do know it will be out for the Xbox 360 and PlayStation 3. We also have some new screens and boy does the new Dante model look ugly. We’ll have more info for you about DmC as it becomes available. What do you all think of Dante’s new look?