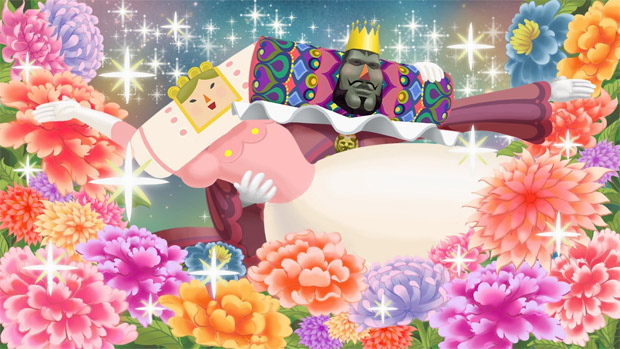 KATAMARY DAMACY!!! We already knew the series was heading to the PlayStation Vita and Namco Bandai was finally able to let out some info about the new game. Don’t get your hopes up too high though, as the only thing that was revealed to us was a simple little teaser video.

The teaser sees the Prince rolling his Katamari along until he comes up to a human character. The person then grabs the Katamari from the Prince and starts to expand and squeeze the Katamari around like a crazy maniac in varying sizes. The teaser then ends with a still image of a GIGANTIC Katamari full of things it’s rolled up.

So it looks like we can expect some kind of cool touch based controls thanks to the Vita. That’s pretty much all we know at this point. In fact, Namco hasn’t even settled on the title of the game. Namco did at least state that they are targeting to release Katamari Damacy around the launch window of the PlayStation Vita. Fingers crossed we hear more soon!