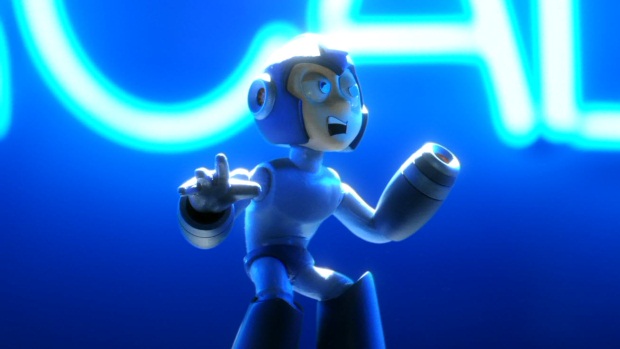 In my previous post, I briefly touched on my frustration with Capcom’s upcoming Mega Man Universe, however it would seem many of you — myself included — wanted a bit more. To be honest, I originally felt that what little footage you may have seen would really speak for itself, but I get that it would probably help if I really explained my own experience and reasoning.

Join me after the break.

As I mentioned before, Capcom has a penchant for taking their classic games and attempting to reinvent them with varying degrees of success. With Mega Man Universe, they’ve rebuilt their classic platformer from the ground up — and that means having to recreate the original gameplay with a new and “improved” engine.

Upon sitting down to play the demo, I immedaitely noticed that the jump response seemed a bit lagged — which any Mega Man fan could tell you is integral and can lead to any number of untimely deaths. I originally chalked this up to the controller, but later found that others had experienced the issue on other set ups through out the show.

In addition to being unresponsive, the jump itself lacked the precision control that the original games were known for. Instead of having the ability to modify the height of your jumps through the length of a button press, you’re relegated to either a full jump or a very short hop. This made judging the distance which one would need to jump a bit more annoying. Adding to the annoyance would be the fact that the platforms would have undefined edges — what would have allowed you to land on the edge of the platform in the original 8-bit games would instead cause you to slide off the edge and fall to your doom.

The gameplay issues are one thing,  but I also found the visuals a bit offensive. I know it might seem a bit silly to some of you, but I honestly feel that Capcom didn’t show enough care when designing them — which honestly blows my mind. Keiji Inafune even spent an hour the other evening telling a crowd that he wants every game to have that classic Capom feel, like it came out of Japan.  They often gets on Capcom USA’s case for not living up to their expectations, but this title is being developed in Japan.

Frankly, their previous remakes for the PSP looked a million times better. Why they couldn’t just use the same engine or build upon it is beyond me, but again, it’s like they’re reinventing that wheel in some kind of lame attempt to pull on our nostalgic heartstrings. And, if my previous experience with their classic remakes holds true, what they’ve shown us in development will likely remain largely unchanged in terms of gameplay. In short, I’m not expecting any changes for the better. Let’s hope I’m wrong.