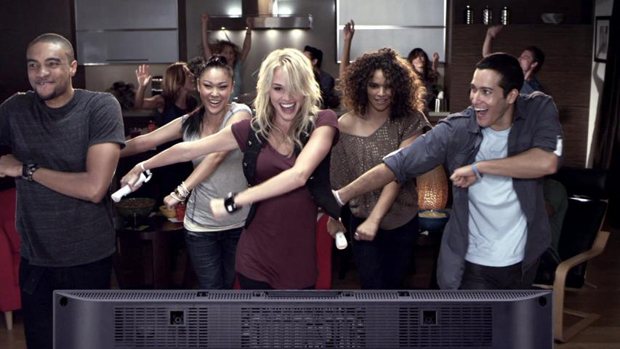 Above you can watch a trailer for the Wii version of Michael Jackson: The Experience. It is much as you would expect: A bunch of people dancing with Wii remotes and having a spectacular time doing it. I can’t remember the last time I saw such a diverse group of people so insincerely feigning so much joy all at the same time.  It’s enough to make me want to sing “Man in the Mirror” slightly off-key.

That said, I’m sure the game probably is a good time but it doesn’t stand out amongst other games of its ilk. With such a glut of dancing games hitting the market today, it’s a good thing this has the King of Pop’s name recognition. Dale and Holmes will be checking out the title at Tokyo Game Show tomorrow, where they’ll be able to play three newly announced tracks, “Smooth Criminal,” “Black or White” and “They Don’t Care About Us.” I will pay good money to watch Holmes do that lean in “Smooth Criminal.”

You can check out some screenshots of the game below, along with some shots of the DS version which looks suspiciously like Elite Beat Agents. That would suit me just fine, thanks.