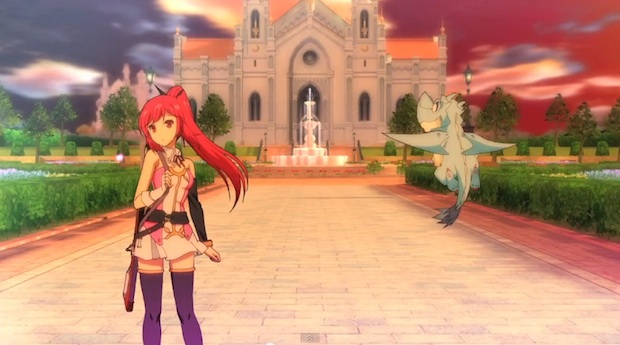 Upcoming PS3 title Toki to Towa (the cool kids call it Tokitowa) is so fantastic looking that I’m desperate to see more of it. Unfortunately, the hand-drawn RPG had next to no presence here at Tokyo Game Show 2012 outside some promotions for the soon-to-be-released musical single from the game by Japanese artist May J.

The song, titled “Rewind,” may not be up your alley if you’re not into J-pop, but it’s still worth watching for the tons of game footage it contains. You’ll see plenty of exploration and battle footage mixed in with the animated cutscenes. All of it looks great.

I’m good and ready for the first real anime RPG. And if a tweet from imageepoch CEO Ryoei Mikage is correct, we’ll see it come west soon enough.