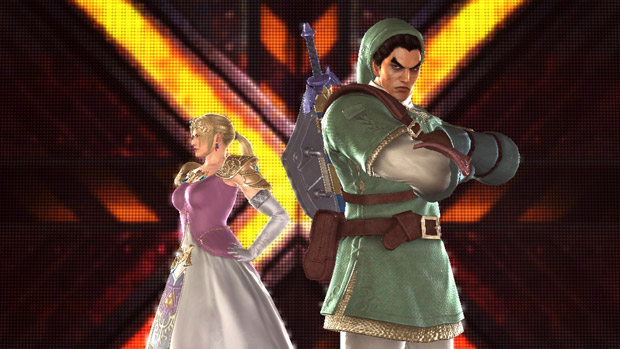 You might not think of Nintendo when you think Tekken, but there is a good reason for this: The series has never appeared on a Nintendo console before. While this may be a point of concern for fighting fans who plan to adopt the Wii U early, Namco plans to do this port right for both Nintendo fans and those looking for a fast, smooth fighting game experience.

Heihachi in Mario overalls, Bob so big that Alisa only comes up to his knee, and stars that make you temporarily invincible. These are things you’ll only find on the Wii U version of Tekken Tag Tournament 2. Namco is embracing Nintendo’s sense of whimsy which fits perfectly with Tekken’s offbeat humor, best displayed in the ridiculous costumes available on 360 and PS3. Once you see familiar series characters dressed as Link and Mario (sorry, no Kirby), all those other outfits don’t seem so silly.

The Nintendo debut has more to offer than just costumes, however. In addition to all DLC characters being available from the start, Wii U players will have access to an exclusive mode, Mushroom Battle, wherein players compete for mushrooms that make them bigger, avoid poisonous ones that make them smaller, and fight for stars that make them invincible. The mode isn’t necessarily offer the traditional Tekken experience, but it should be a nice addition — one that’ll make the game more accessible to young and newer players.

While the Wii U controller isn’t likely to ever be seen at EVO, it does have some advantages. For one thing, it mirrors the screen, so you can take it with you and keep your match going. It also offers a shortcuts feature similar to those found in some 3DS and Vita fighting game, such as Ultimate Marvel vs. Capcom 3 and Super Street Fighter IV 3D Edition. While some moves are only a tap away, you’ll need to use the traditional stick + button combination to use the most effective moves in the game. Both options will be available to players online.

There are still concerns surrounding the game, such as how online will play and whether there will be a capable fight stick near launch, but, otherwise, this is shaping up to be a worthy Nintendo debut. At long last, players will be able to dress up Kuma as Princess Zelda when the game comes to Wii U on November 8, 2012.