There’s no questioning that Yakuza series protagonist Kazuma Kiryu is a badass of the highest order, but his first appearance in a Tokyo Game Show demo of upcoming PS3 game Yakuza 5 has him in a cab driver’s uniform. Yep, the Dragon of Dojima is a taxi driver.

My first thought: Oh no they didn’t! 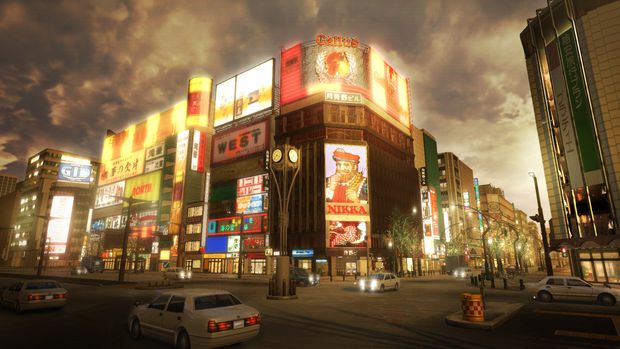 It’s cool. No worries. As any series fan would guess, Kazuma’s help is needed once again. While cleaning his taxi cab with a feather duster (really!), two suits approach him and try to get him to help out with an urgent matter. But after some impassioned pleas and a bit of a tussle in an really dramatic cutscene, Kazuma…stands his ground. But you know where this is going.

Under the goofy vest-and-slacks taxi driver uniform (yes, that’s really a thing here in Japan) is still the same hard-ass gangster we’ve grown to love over the past four games. The TGS demo has him running around his new stomping grounds of Fukuoka to meet up with the same gents that pleaded with him earlier. A brand new game engine for the series makes it debut with Yakuza 5, and I could see it at work while running through town. Surroundings looked more lively than in previous games, and NPCs seemed a tad more human. Even Kazuma’s movement seemed slightly different, though I couldn’t put my finger on what had changed.

Despite living in a new town, thugs and gangsters still pop up to impede Kazuma’s progress. It wouldn’t be a Yakuza game without some asshole jumping into his path to pick a fight, right? 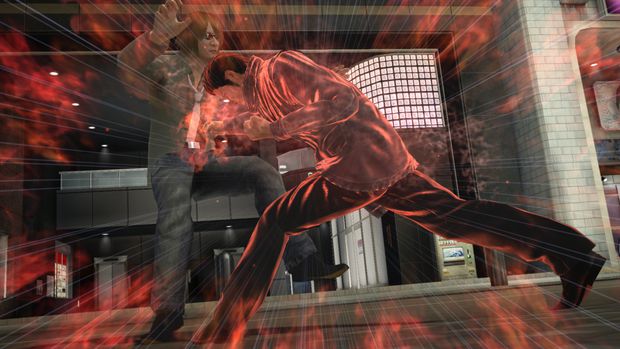 In battle, things are mostly as they have been for the past PS3 releases. I did notice that fights look better, and Kazuma seems to get around with more ease. I could also see that new engine at work in these brawls; movements were smoother, and attacks and combos seemed to string together a touch easier.

It’s still the same old fighting system at its core, though it feels more confident. I jumped right into the combo moves I already knew without issue, and really enjoyed seeing some of the finishers they lined up for this demo. I laughed out loud when Kazuma took the face of one hoodied thug and scrubbed it back and forth against the rough pavement until it left a half-circle trail of crimson. Everything seems a touch more dynamic in fights, from standard attacks to grappling close-up Climax Heat finishers. I don’t know what they’ve changed exactly, but I like it.

I loved even more that Kazuma smoked a cigarette with a smug look on his face after each victory. Classic.

Though I’ll have to chalk some of this up to being unfinished, there were some weird loading issues before fights where the game looked like it might have frozen. Some soupy slowdown also popped up while navigating town. Finally, some nasty textures stuck out in some environments. They have until December, so it’s likely that work is still ongoing. 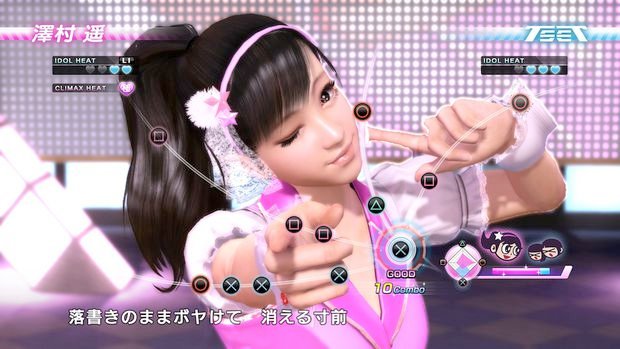 Aside from this demo, I also had a chance to spend a few minutes checking out some Haruka gameplay, though I missed out on the promised rhythm gaming battle play. She ranks up in Yakuza 5, returning as a playable character this time around. She has grown up a bit and moved out of the home to live in Osaka, where she hopes to become an idol.

I didn’t have a chance to finish this demo, but I did see that she was roped into being the second half of a comedy duo. During their stage act, I had to pick from multiple choice responses after being given cues from her comedy partner. Funny answers bumped up a laughter meter, but I didn’t manage to make her quite funny enough to win the crowd over.

Yakuza 5 is more of the same, but that all that series fans are really asking for. I’m certain that Sega will localize this game and bring it westward. Here’s hoping that this process has already started.