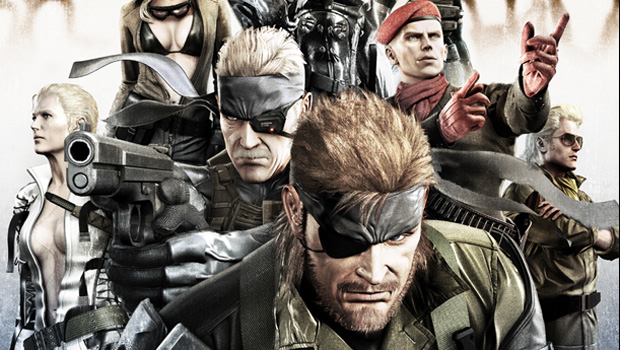 While at the Konami booth at Tokyo Game Show today, I made a concerted effort to play Metal Gear Solid: Social Ops, a team up between Kojima Productions and mobile juggernaut GREE. It didn’t go particularly well, but I can’t really fault the game for that since I couldn’t read any of the highly necessary game text.

Near as I can tell, the game seems like a simplified version of Portable Ops, featuring characters and settings from at least a few portions of the Metal Gear franchise. The gameplay involves a combination of stealth and role-playing mechanics, with experience awards earned both from sneaking past enemies as well as engaging them.

The player directs Snake from one piece of cover to another by tapping on the screen…I think? That seemed to happen, but I had no understanding of why I was successful when I managed to make it past enemies (or why I failed later).

Cards representing characters are collected during play and I assume they have their own individual benefits. The cards I had included some mercenaries, a scientist, and Chico, the plucky boy from Peace Walker. These characters participate in combat during encounters, dealing and receiving damage in an automated, turn-based exchange of fire.

It’s pretty, that much I do know. Snake looks just about as good as he did during his PSP adventures, just on the smaller iPhone screen and that element of Special Ops is fairly impressive. Whether or not the game is any good, I honestly don’t have a clue and probably never will unless this should somehow receive a release outside Japan.