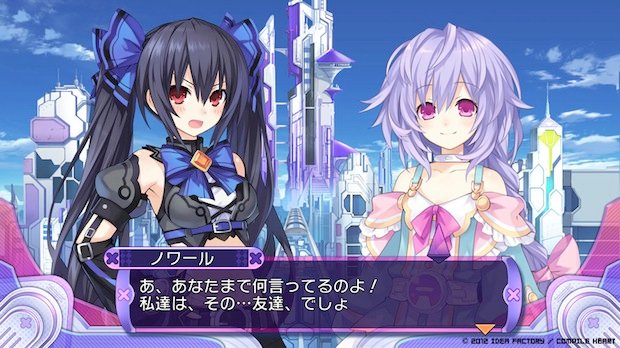 Neptune returns in a story that takes place just a few years after the ending of MK II. She has grown lazy enough to be returned back to level one, and in trying to get back into the business of being the CPU of Planeptune, she stumbles into another dimension.

Players will now be able to jump in dungeons in Victory to open up new areas. A new Character Challenges feature has your stats increasing by performing standard actions, making exploration more interesting. Finally, a new battle system feature called EX Drive has a drive that increases, giving access to special attacks.

In related news, a free Neptunia iPhone app will be made available later this year. Neptune will make comments about the weather and other things while you use the app’s PDA functions, like alarms and scheduling. Using the iPhone’s camera you can take pictures and place Neptune in them.