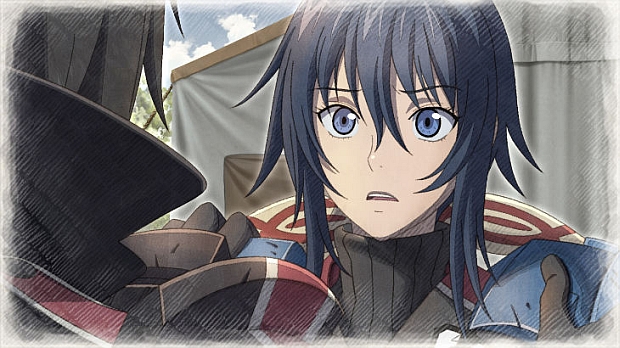 Look, some of you are still pissed about Valkyria Chronicles III being a PlayStation Portable game and not a PS3 game. But it’s happening, like it or not, and now there are screenshots.

To me, they look pretty good. The Nameless’ slightly darker color scheme stands out better against the series’ trademark pastels. Dialog seems to happen on the real-time screen as well, with 2D cutouts popping in from the sides of the screen like manga panels.

Most intriguing, however, are the gameplay shots, which include looks at two of the lead characters’ “Super Modes”. One shows “Number 13″‘s special Valkyria transformation (wherein she looks a bit like Valkyria Chronicles‘ Selvaria Bles), and another shows “Number 01″‘s ability, which is apparently a multi-target lock-on mode for her combination Rocket-Lance/Sword, which, according to the story, she designed herself. Nice.

From a promo video aired during Sega’s stage presentation, the game will be using animated cutscenes, and will also feature a few cameos, including, apparently, a meeting with Welkin Gunther. A couple of characters who showed up to briefly menace the game’s Japanese blog were also revealed to be members of The Nameless.

Check the gallery for more pictures, read this post for more detailed info on the game’s changes and the team’s reasoning, or continue to air your indignation (or excitement) in the comments.