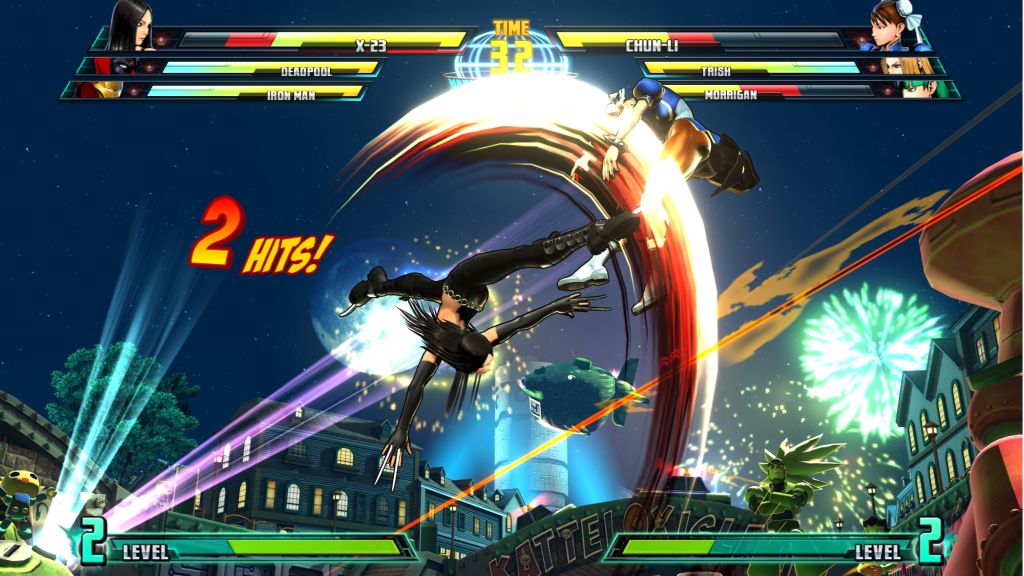 This is the first time I’ve played Marvel Vs. Capcom 3 since E3, and the game has gotten even more awesome since then. I still sort of suck at it, but since so many of the game’s characters are new, we all sort of suck at it. I even stood a chance against the great Seth Killian, as you can see for yourself in the video above.

The new characters really make the game worth freaking out over. All of them were so fun to play. We also get at one of the game’s new backgrounds, the Resident Evil 5 stage. It’s got “the Lickers behind the glass”. They occasionally get out of their glass cages, wander around, then randomly die, leaving behind herbs and ammunition. It’s pretty amazing.

To round things out, we get a special cameo from Niitsuman-san, Marvel Vs. Capcom 3‘s producer. I love that man.