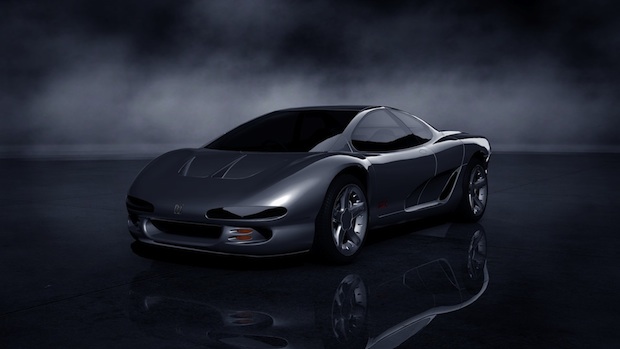 Kazunori Yamauchi of Polyphony Digital spoke to the press at TGS today to reveal some new details on Gran Turismo 5, which is set to be released on November 2nd. Today marked the third Gran Turismo 5 presentation at TGS in so many years, but it will likely be the last as the game is actually launching this year.

Some new courses have been revealed: Lagna Seca Mazda Raceway has been rebuilt in PS3 quality, and in full detail. Long-time Gran Turismo fans will likely remember the track called Trial Mountain. It also has been rebuilt for the PS3. The Sarthe course, which is set at night time, is said to look exactly as it does in real life.

Many of the new cars are quite unconventional. The Volkswagen Kubelwagen is old and neat looking, and had a drive system like the first VW Beetle. Another VW, the Schwimmawagen, is an amphibious vehicle. Yamauchi said that you’ll have to resist the urge to take it off the track and into the scenery. Rounding out the VW selection is the Samba Bus, which Yamauchi says he’s really pleased with.

If you’re not for VW, there’s the rare Isuzu 4200R sports car, which was first announced at the 1989 Tokyo Motor Show. It’s unique as many of the world’s current top designers worked together to build this car back then. There’s also the Citroen GT race car. The exterior was dsigned by Citroen, but the interior was actually created by Polyphony Digital.

Check out new images of the cars and tracks in our gallery.