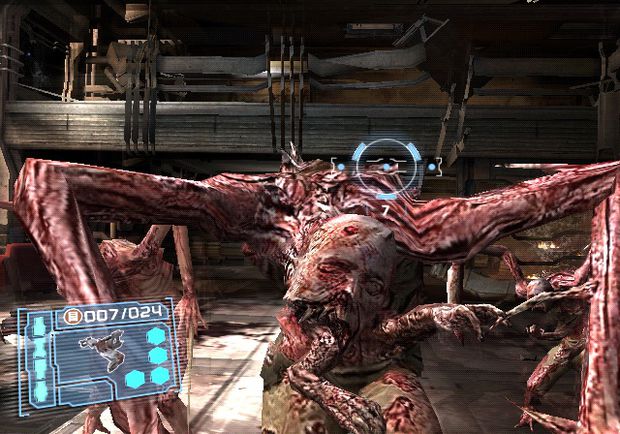 In Tokyo of all places, Electronic Arts and Visceral Games gave us the first glimpse of what Dead Space: Extraction looks like on the PlayStation 3.

As a Wii port, it looks unsurprisingly cleaner and sharper than on Nintendo’s console, with visuals “remastered” for high definition. Extraction will support cooperative play for two PlayStation Move controllers; what was demoed in Tokyo played nearly identical to the game that was released on the Wii last year. No Move controllers? No worries – the game will support both DualShock 3 and SIXAXIS controllers as well.

Extraction will ship on the same Blu-ray disc that Dead Space 2 Limited Edition does when it ships next year; it’s currently exclusive to PlayStation 3.