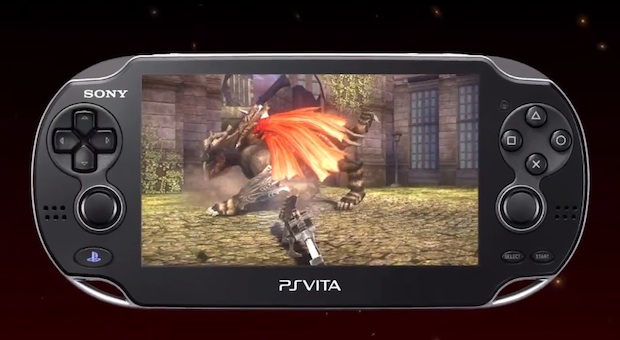 Tomizawa Yusuke, manager and producer at Namco Bandai, took the stage at Sony’s pre-TGS press conference to show off a bit of upcoming game God Eater 2, set to be released in 2013. He showed off the above trailer, which showcases Vita visuals and gameplay.

Yusuke says that the title will be released on both PSP and Vita at the same time, and that it will support cross-plaform play to enable collaboration between players on different platforms. God Eater 2 also supports AdHoc Parties.

As you can see from the above video, the visuals are really clean on the Vita. Though the two versions will share the same content, you’ll get higher-end visuals and new touch-based controls in the Vita version.

We’ll get our hands on God Eater 2 at Namco Bandai’s booth at TGS tomorrow.