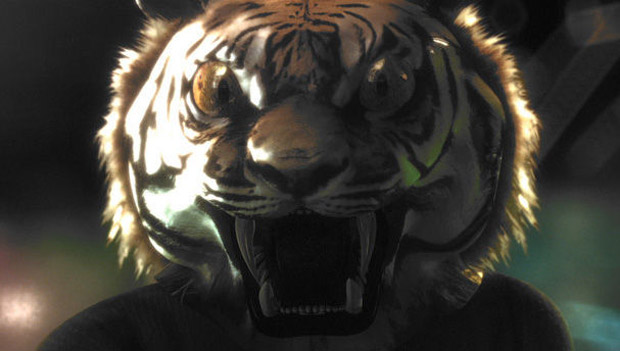 Grasshopper Manufacture has been on a roll with all the new games they have coming down the pipeline. They’re keeping the momentum going with Diabolical Pitch, previously known as Codename D. So what is it exactly? Well, it’s a baseball pitching/fighting game hybrid for the Kinect. Basically, you and a buddy can perform baseball themed attacks on people in animal mascot suits. Uh-huh.

The first round saw me throwing baseballs at targets by doing a throwing motion with my arm. The following round then sees the mascot enemies rushing me and I need to kick them away by doing a kicking motion. After that, an enemy threw baseballs at me and I had to put my arms up in front of me to catch the baseball.

Sadly that’s where my hands-on ended as the Kinect would not detect my motions no matter what we tried to do to fix it. I was supposed to pose like I was about to swing a baseball bat but the Kinect would only register me doing baseball throwing motions.

So needless to say, I have no idea what Diabolical Pitch is supposed to be at the end of the day. What I was playing seemed like a tutorial section and the Kinect issue prevented me from getting to the core of the experience. Granted, it could very well just be a carnival-style party game loosely based around baseball.

I’m willing to give Diabolical Pitch another swing (HAR HAR HAR) as I’ve enjoyed every Suda51 game to date. And I have to say, I’m glad this is going to be an Xbox Arcade title as Grasshopper has just had the shittiest publishing partnerships with past games.