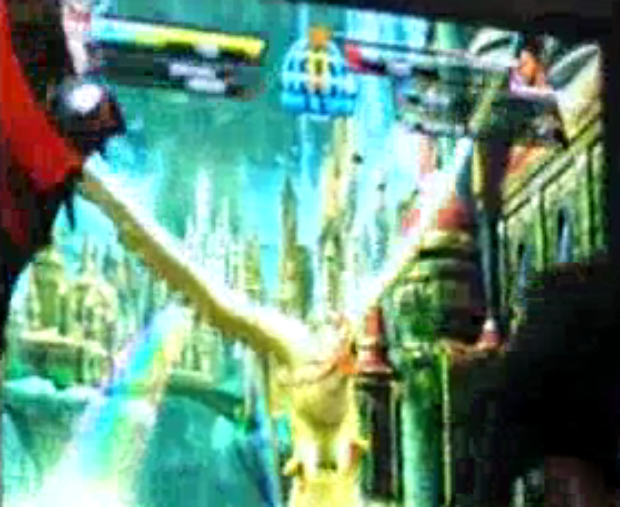 In yesterday’s Marvel Vs. Capcom 3 interview, Seth Killian told us about some of the new stages for the game. We showed you footage of the Resident Evil stage, but we missed out on Asgard. I went back later to get some footage of the stage, but it was tough. The game was always mobbed with excited fans crowding the shot. This is what I ended up with.

The video above is fairly clear, but lacks chicken. The Youtube below is short and blurry, but it’s got chicken.