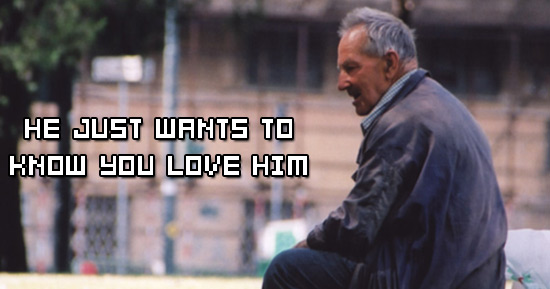 Like your 60 year old father who was raised in a small midwestern town before enlisting in the military, seeing combat in Vietnam, losing a thumb to a mishandled shell casing, and settling down to raise two children with his wife of twenty five years, Sony is completely unable to admit any failure. Call it masculine pride in your father, but as companies have been barred from having male genitalia since the 1987 Houghton-Mifflin rape scandal, there’s absolutely no excuse for Sony’s behavior.

Kotaku has word that Sony has revealed the upcoming DualShock 3, the amalgamation of their current SIXAXIS controller and rumble technology that was groundbreaking more than a decade ago. Jim brought you the news of people thinking it existed earlier today, but this story would be straight from the horse’s $2000 Italian suit. From Kotaku:

Kaz Hirai formerly announced the DualShock 3 during his keynote Thursday morning. There will be no other changes to the outward appearance of the new controller.

The new DualShock 3 is planned to ship in Japan this November, US and Europe in Spring 2008. No price is available today, but the new controller will be on hand, playable in echochrome, Metal Gear Solid 4, Uncharted, Devil May Cry 4, Toy Home, Metal Gear Online and more. In total, ten titles currently support the DualShock 3.

While eventually coalescing to consumer demands is sort of an admission of failure, I would like Sony to — just once — come out and say they made a mistake. At least with me it would go a long way toward redeeming Sony’s ridiculous actions in light of their third place position in this generation, and while it wouldn’t give their system any kind of financial edge, I’d respect them for it.