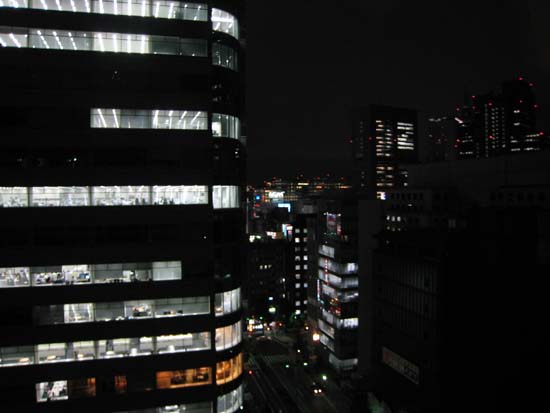 Nick and I have finally arrived in Tokyo, Japan, only one day (really not even that) before the 2007 Tokyo Game Show officially kicks off. We’re only one restless, time-shifted night of sleep away from the big event.

The journey was hellacious, the traffic was terrible, the airline food was gross, and we ache from sleeplessness, but it looks like we’re not the only ones suffering from jetlag. We’ve run into many a game journalist and game industry celeb this evening, but the first we encountered was none other than the normally gorgeous (though understandably travel-worn) Jade Raymond, the producer of Ubisoft’s Assassin’s Creed. We saw her in the Narita airport customs line, and wondered if she’d make it “out” tonight. I don’t think she did.

We probably should’ve followed her professional example, but didn’t, and now we have only a short time to catch up on almost two days of missed sleep. We intend to be ready to take TGS ’07 by storm tomorrow, so look out for that. For now, sleep is the most important thing. We have to catch a train quite early, so until then, oyasumi nasai.