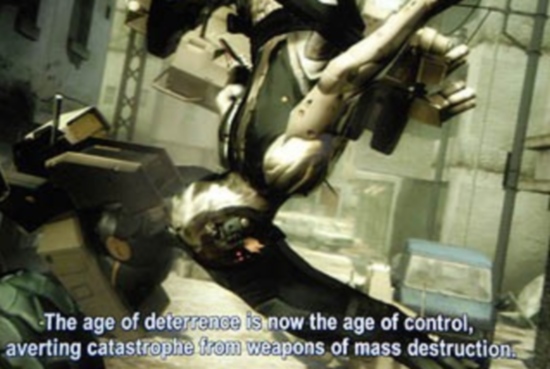 Word from the Kojima Productions Report is that Metal Gear Solid 4: Guns of the Patriots will have a playable demo available at this year’s Tokyo Games Show, something which now makes me want to murder colleagues Florian, Eliza, Dale, Nick and Niero in that order and with increasing ferocity/sexualization. While those wankers play it up and enjoy the time of their lives, the rest of us will have to make do with the brand new trailer that filters out from the show — however, if you’re not a fan of spoilers, one might be well advised to steer clear of it. Apparently, Konami might be showing a little too much of the game in the next trailer that could potentially spoil the experience. You have been warned.

The only other snippet of info regarding the trailer is that we’ll find out who narrates the “Beauty and the Beast” footage that was shown at Leipzig. Finally, the Kojima Productions Report states that the team are looking at what improvements fans want to see after watching the GC demo, and chief among them are the animation and the first person view. Once again, I would like to wish a dry slap to the face of all our team heading out to Tokyo. A wish I send with the warmest of love, naturally.