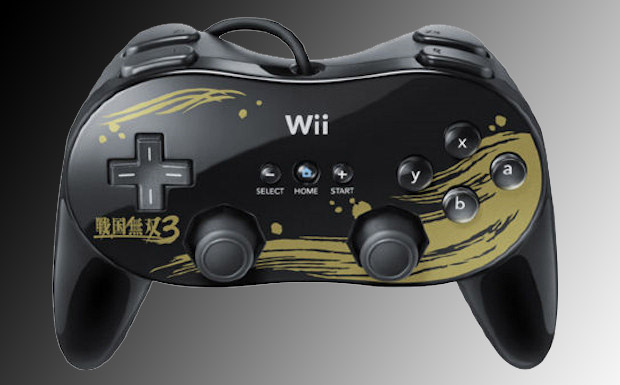 Is the fabled Wii Classic Controller PRO on its way to the North American market? Koei seems to think so. As pointed out on Siliconera, the comany’s fact sheet for Samurai Warriors 3 mentions it twice, saying that the game takes total advantage of the new controller.

This wouldn’t be a big deal, except that Koei is saying this in the English fact sheet; the same one we ourselves were sent. Samurai Warriors 3 ships with the controller bundled in Japan, and with the way Koei is touting its greatness in the aforementioned fact sheet, it sounds like they really want us to play it with this thing as well. Judging by all the hype, we’d be surprised if North America and Europe don’t see a similar bundle when the game hits our shores in 2010.

Personally, I’d really like to have one of these. Word is, the new Monster Hunter Tri plays gorgeously with it, and I’ve seen a few Capcom employees singing its praises on Twitter for a while now. What do you guys think? If it’s not released on its own, would you pick up Samurai Warriors 3 just to get your hands on this controller?