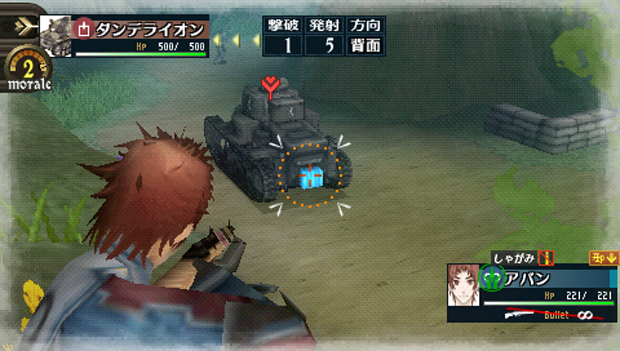 When games are shrunk down from console titles to portables ones, it sometimes seems like a lesser experience. That’s not the case with the move from PS3 to PSP in Valkyria Chronicles 2.

I played the show floor demo and watched a quick presentation here at the 2009 Tokyo Game Show today and came away impressed. Valkyria Chronicles‘ formula of blending action and strategy and a bold art style was already a winner, so they didn’t really mess with much in this sequel. The visuals are mostly the same, keeping with that watercolor-ish sketch book look. Granted, there are less polygons and the game is at a much lower resolution, but you don’t miss it. VC2 looks great and translates very well to the PSP’s screen.

This really is just a smaller sized Valkyria Chronicles with a new story. No complaints here. The transition is so easy for players of the first title that it was easy for me to forget that I wasn’t still playing the PS3 predecessor on a smaller screen. The BLiTZ battle system is still here, and the controls on the PSP work fine for it.

What is new is that up to four players will be able to play cooperatively. While the floor demo was only a single player campaign, we were shown video of some team up attacks. In this sense, it could be better than the original when it’s all said and done.

Japan will see the release of Valkyria Chronicles 2 on the PSP early next year. Let’s hope our version will follow soon after.