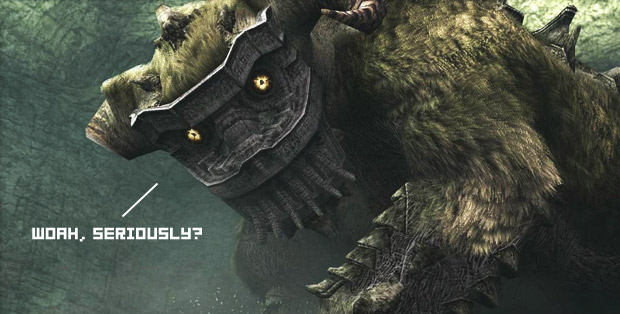 Wouldn’t it be awesome to have Team ICO’s games on the PlayStation 3 like that thing they did with God of War: Collection? Of course it would. You know it, I know it, and according to a recent TGS interview with 1UP, Fumito Ueda knows it, too.

When asked if we’d ever see ICO and Shadow of the Colossus bundled together in a combo pack on the PS3, the games’ creator says he’s all for it. Ueda tells 1UP:

“I always thought they were designed for PS2 and should stay there. But lately, I’ve been thinking it would be nice to provide the games to other platforms to reach more users.”

This would of course need the approval and support of Sony execs, but hey, they did it for God of War, and Fumito Ueda certainly wants to see it happen. He’s most certainly not alone in that. Can you imagine remastered versions of ICO and Shadow of the Colossus with anti-aliasing, perhaps even texture upgrades, in 720p? I’ve often felt these games deserved better than the hardware they were put on, and it’s looking like if there’s enough public outcry, they might just get it.