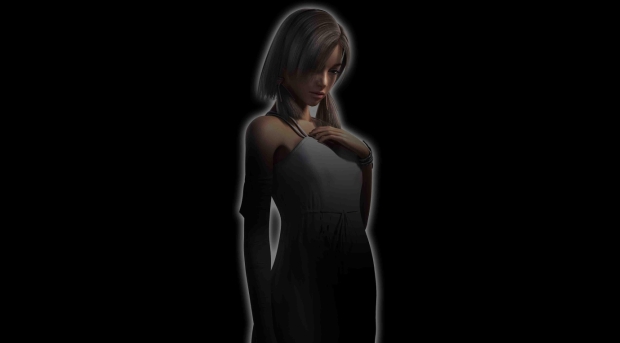 I know a lot of you think that you don’t like on-rails shooters, but it may be time for you to reconsider that generalization. Console on-rails shooters are really kicking ass of late. Gone are the arcade-style, quarter munching, poorly paced, shallow two hour on-rails blow outs of old, replaced with full length, well-thought out, deliberately paced, POV horror movie-style thrill rides of a new generation.

Would I be happier if RE:The Darkside Chronicles jumped off the rails and played more like RE4? Of course I would. I wish that every game with zombies in it played like RE4. I think that RE4 has the best engine ever for “keep away” style 3D shooters. That said, if I have to play a game like that which doesn’t control like RE4, it might as well be one I can comfortably play with friends on the couch, one hand in a bag of pretzels, the other aiming my magnum at a gaggle of Gamma Hunters.

Yep, the Gamma Hunters from Resident Evil 3 are back in Darkside Chronicles, but that’s all I’m going to tell you right now. You’re going to have to hit the jump if you want the rest of RE:DC‘s new scenario spoiled, or at least, the first twenty minutes of it via off-screen video. Hit the jump for the two-part vid series, curiosity of Wiitalia.

[Note: This is a slightly longer look at this new scenario than the one Hamza showed you a couple days ago, most of which has already been removed by Capcom.