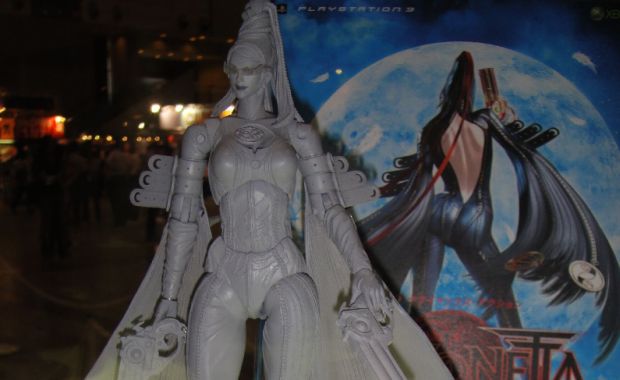 There’s plenty of news to be found at the Tokyo Game Show, but after a few hours of prowling the floor I discovered that sniffing around the corners of the floor pays off. Case in point: while checking out the Square Enix merchandise booth in one of the far halls, I discovered two prototype figures from Bayonetta!

As you can see, what’s shown here is the lovely lady herself alongside another lass who I am not yet familiar with. There’s no release date on these right now, but as you can see they are clearly prototypes, so it may be a while until we can get our filthy paws on them. Still, I was so happy to see her — I’ve been saying I how much I hoped someone would make a figure of the iconic lady, and now I can fork over my money for her likeness in the very near future!