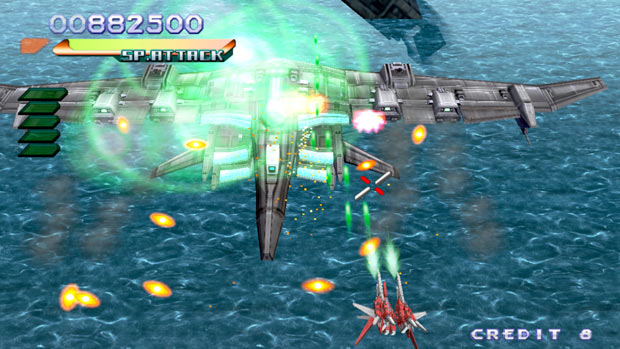 With all the Japanese games on display at this Japanese event happening in Japan, it’s about time we got to look at a shmup. To that end, Taito has released some fresh screenshots for the upcoming remake of Raystorm on Xbox Live Arcade.

The new Raystorm HD is playable at Microsoft’s booth at the event, so hopefully someone from our team got a chance to tell us how it plays. In the meantime, you can hit the gallery for a look at its new visuals, which might not be the most impressive thing you’ve evr laid eyes on, but are still a great improvement over the old PS1 version. The original models are presented in high definition, and the game has never looked better.

There’s also a trailer that’s being shown at the event, but you’ve seen that already because Uncle Topher takes good care of you. The game should be showing up on both XBLA and PlayStation Network very soon.