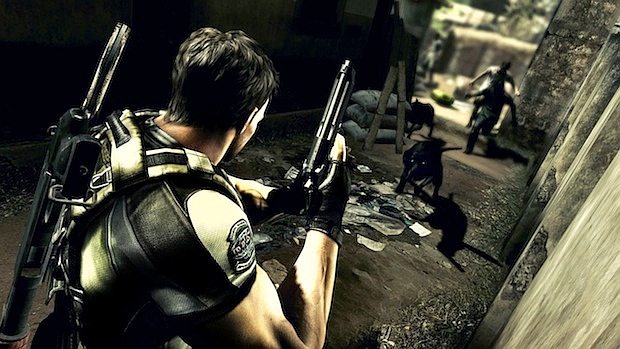 Capcom has plans to release another edition of Resident Evil 5, although it’s not quite the “Director’s Cut” we expected. At Sony Computer Entertainment’s TGS 09 press conference, Capcom’s Jun Takeuchi revealed Resident Evil 5: Alternate Edition, a reworked version of the game that will implement PS3 motion controls.

Takeuchi was light with the details, but he did say Alternate Edition would have different content. He also revealed that potential players would play the game with the motion-controller-dildo thing in one hand and a Dual Shock in the other. On a conceptual level, this sounds like a crude control method to us — we can’t wait to see how this works out.

As IGN points out, the visuals didn’t receive an overhaul. It’s Resident Evil 5 with a cursor, and apparently, some new (possibly Jill Valentine-themed) content. We’re still in the process of figuring out what Valentine’s voice actor was talking about in her recent interview, but it seems likely it was connected to this announcement.