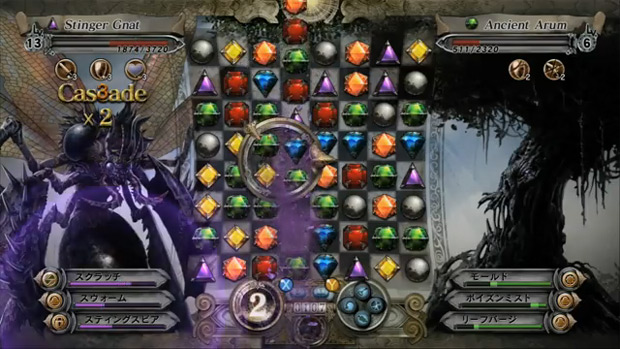 PopCap Games has teamed up with Square Enix for a little RPG/puzzle hybrid action that’s bound to hit Steam and Xbox LIVE Arcade. Gyromancer, as it’s called, could easily be mistaken for Puzzle Quest, but that’s perfectly fine as far as I’m concerned.

It’s not as if there’s an overabundance of this specific type of game, and seriously, what two companies could be better suited for such a project than these guys? On that note, Gyromancer will almost certainly have to live up to high expectations based purely on these studios’ prior work.

At least from what I have seen so far, the game looks to have a higher quality story than you might expect, but that just leads back to Square Enix being involved, I suppose. Make sure to catch the trailer by clicking the header image.