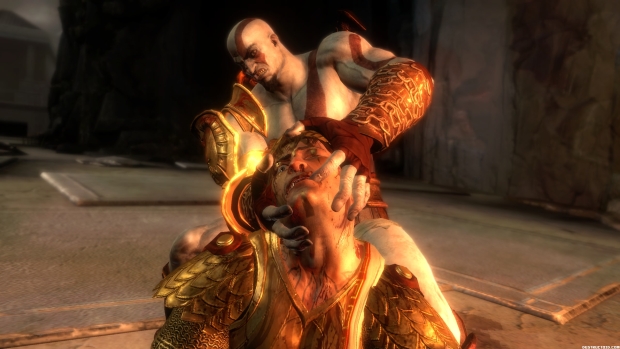 Most of what you’re about to see is stuff you’ve probably already seen. At least, that’s how I felt while watching it. With the exception to the very last part. It’s been awhile since I’ve beaten God of War II, but I’m pretty sure Kratos is supposed to be working WITH the Titans, not against them.

Anyway, yeah. The trailer is full of stuff you’ve come to expect from the God of War series. Lots of gore, dismemberment and anger. Lots of anger especially.

God of War III will be out March 2010 for the PlayStation 3.