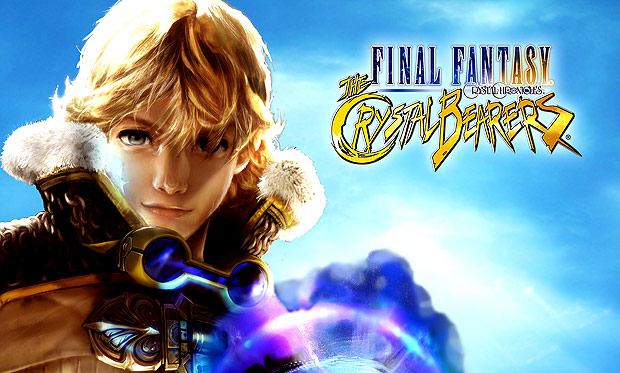 [Surprise, a Destructoid Exclusive — you saw it here first!]

Given that 87% of Square Enix’ total sales come from the Land of the Rising Sun, it’s no surprise that they would try to promote one of their biggest franchises at the biggest games convention in Japan (and probably the world). Tokyo Games Show has already revealed a Final Fantasy XIII–branded PlayStation 3, a few new screenshots from Final Fantasy Versus XIII, and a new trailer for Final Fantasy XIV; and here’s a hot-off-the-presses trailer for the Wii-exclusive Final Fantasy Crystal Chronicles: The Crystal Bearers, for your viewing pleasure.

Although The Crystal Bearers has had its fair share of development troubles, the game has a firm release date of December 26, just barely qualifying for Jonathan Holmes’ most anticipated game of the year. The Crystal Bearers is already making waves with the promise of badass telekinetic combat and a protagonist named Layle, one of the eponymous crystal bearers. As you can tell from the trailer, Layle would rather blow things up than expose his midriff, whine, or lose his memory; instead, he’s a mercenary: he kills people for money.

Anyway, say what you will about Final Fantasy or Crystal Chronicles, but this trailer makes The Crystal Bearers look like the most metal Final Fantasy game since Locke and Co. fought the Ghost Train. I mean, you fight a skeleton riding a  flaming motorcycle, for Chrissakes. For everyone that ever wanted Balthier to get his own game, The Crystal Bearers might be for you — I’m pretty sure that Layle is going to “Phoenix down” Goldenrod (HEYO!) before the end of the game, and he rocks a tuxedo. He might be the best Final Fantasy protagonist since Zidane.