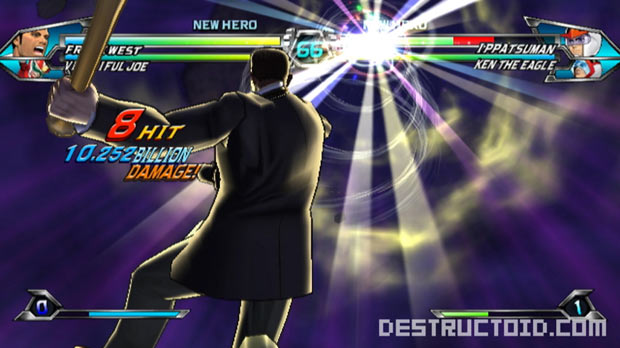 Moar Frank West! Ever since he was confirmed for Tatsunoko Vs Capcom, I can’t get enough of seeing this guy in action. Hopefully you can’t either, because I’m about to show you some more regardless. Capcom’s community manager, Seth Killian, sat down with Gamespot at TGS to give us all a first-hand look at the mighty Dead Rising star in action.

As you may know, Mr. Killian is himself mighty when it comes to fightans, so if someone’s going to show us how to use a new character, this is the guy to do it. The video gives us a close look at Frank’s attacks in the game and just what happens to your opponents when you unleash them, with explanations and commentary from S-Kill on what we’re seeing.

We’re more excited than ever to give Frank a try when Tatsunoko Vs Capcom finally comes statestide this winter. If all this talk of zombies has you itching for more Dead Rising, you might also check out some of our team’s coverage of the sequel, straight from TGS. And for more Frank, check out his new character page on the official Tatsunoko Vs Capcom website.