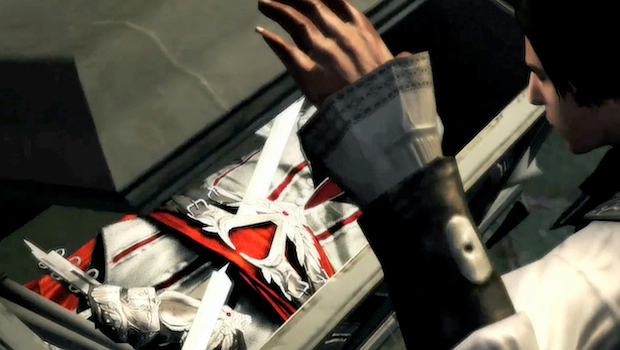 The protagonist in Assassin’s Creed II becomes an assassin after the The Joker shoots his parents in an alley. Just kidding — Ezio becomes a proper assassin after daddy visits the gallows one sunny afternoon. Vowing revenge, Ezio dons the famous assassin’s suit and starts hacking up those responsible or connected.

Freshly released for Tokyo Game Show 2009, the above trailer explores the origins of Ezio the assassin. Vincent Price A creepy narrator set’s the tone and explains the motivation. “There are certain moments a man never forgets,” he says. “His first kiss. His first duel. But most of all, the moment he discovers his purpose in life. That moment happened 30 years ago.”

Underneath the origins stuff, you’ll get to see a bit more action from the game — stuff like weapon usage as well as those fancy Da Vinci wings. Click the button to watch and expect TGS-floor coverage of AC II in the future.