The 2009 Tokyo Game Show provided just as many lessons as the last, and now we’re sharing what we’ve learned with you. Hopefully we’ll be able to look back at these next year as we take on another show and another year of videogame releases.

Japan loves you, needs you badly

Remember back in they 16-bit and early 32-bit days where Japanese game companies just took care of their own people? Now it’s the opposite. They’ve given up on Japanese gamers and have now focused their energy into making games for the Western world. Capcom’s own Keiji Inafune turned his thumb down on stage when reffering to TGS. In fact, he said that he’d rather launch his newest title, Dead Rising 2, outside of the event, as he feels that the Japanese game market is “finished.” His new goal? America and Europe. Tecmo also told press members at an event here that their focus is on making games that the Western audience would enjoy. 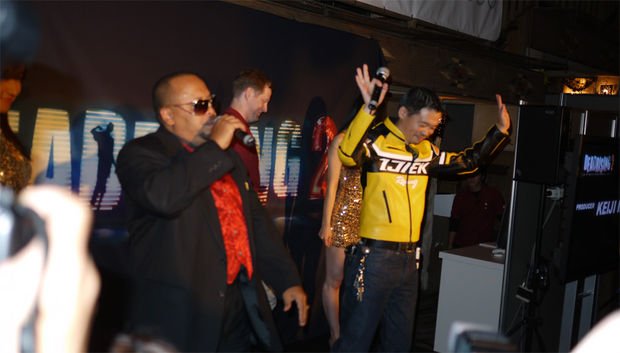 Yeah, that’s right. I said it.

Ask any attendee about this year’s TGS, and they’ll probably tell you that they thought it was smaller than last year’s. The air was definitely less exciting, and the atmosphere was more subdued. A half dozen exhibitors in attendance last year did not show for the 2009 event. As far as game content goes, it was a better show than last year’s, but even then, it was still smaller and less energetic.

Japan is on high germ alert

A sign posted immediately inside Makuhari Messe warned of the danger of unclean hands and poor hygiene practices. Stations with hand-sanitizing sprays and pumps were scattered throughout the building. Booth attendants wiped down controllers with wipes. A good percentage of attendees wore face masks. The measures they went to this year were new. The potential for contamination is high at an event where thousands of people touch the same things. Japan showed that they were not messing around when it came foreign germs. 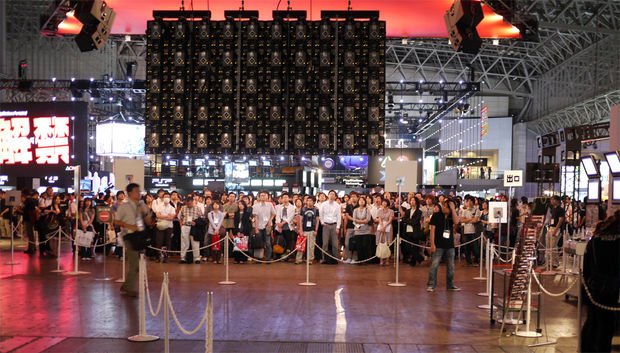 Companies would rather show you trailers

There will always be huge screens displaying games at TGS, but it seems like having massive trailer-blasting theaters on the show floor was the hot trend. Nearly every major game publisher dedicated more booth space to these theaters than they did actual game demoing areas. Capcom had a covered standing theater that rotated new game footage for all days. The whole center of the Square Enix was a massive screen, and stood opposite an even bigger screen by Sony on the other side.

RPGs ruled the show floor this year. Gamers have been down in the mouth about the tired JRPGs hitting shelves as of late, so it was good to see some fresher, more original titles coming our way soon. Sega and Tri-Ace’s Resonance of Fate was the most interesting of the new batch to this gamer, but even Final Fantasy is back in a big way. 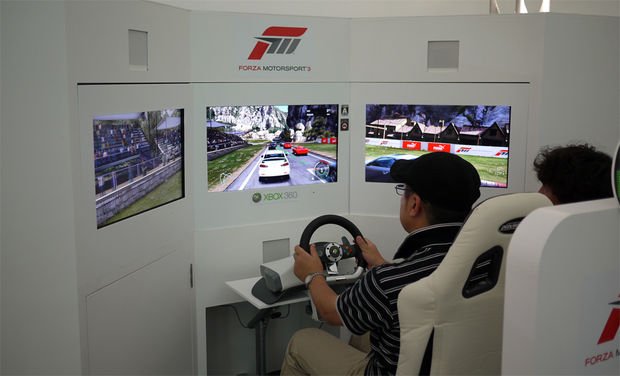 I need a steering wheel controller

With racing titles Forza Motorsport 3 and Gran Turismo 5 on the show floor, there were plenty of opportunities to get my race on at TGS. As both games were to be shown in the best possible light, both were playable with steering wheel controllers. I’ve always been a d-pad/analog stick race fan, but with the more realistic racing experiences coming down the road, these racing controllers seem like a better fit. Both games played fantastically with their respective controllers, and now I need them.

Those insole inserts don’t do shit

My feet are ruined.