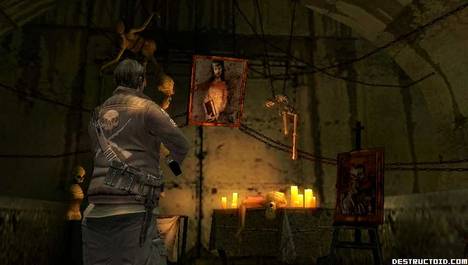 In Spring of 2009, Sony Bend will release Resistance: Retribution, an original third-person shooter for the PlayStation Portable. The game was originally revealed at E3 earlier this year, but at Tokyo Game Show today, Bend revealed connectivity features with Insomniac’s Resistance 2.

Hit the jump for the first info on the “PS3 Connect” mode called “Infected,” and “PSP Plus,” which allows you to use a PS3 controller to play Retribution. 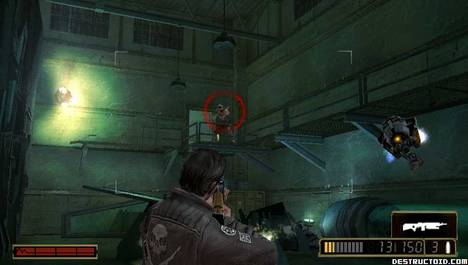 “Infected” mode will be unlocked by using a USB cable to connect a PSP running Retribution to a PS3 running Resistance 2. Once unlocked, Retribution’s main character James Grayson will become infected by the Chimeran virus, and doing this changes the game significantly.

For one, the look of Grayson will change — his eyes will become yellow, and his outfit will be swapped out for one with a darker shade. In-game characters will even notice the change, and some cut-scenes will change accordingly; in the demo we saw, one character said something about Grayson’s “infected ass,” for instance.

The health system changes as well, and Grayson now has the Chimeran regenerative health ability; health packs will no longer be necessarily, and will be stripped from the game. Additionally, Grayson will not be able to breath underwater, allowing him access to completely new areas, giving him the chance to access more of the game’s collectible intel, as well as new story elements. Other areas — only accessible when in Infected mode — will be open for exploration as well.

Infected mode can be turned on and off, and will remain active until the PSP is shut down. This means that once “Infected” mode is activate, you can untether the PSP from the PS3. However, once the PSP is turned off, you’ll have to reconnect the unit to a PS3 running Resistance 2 to activate it. 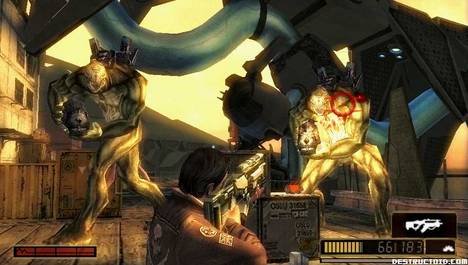 The second connectivity feature Sony Bend showed us was something they’re calling PSP Plus. This mode requires the PSP to remain tethered to the PS3 (via USB) while running Resistance 2, and will allow you to play Retribution using a SIXAXIS or Dual Shock 3 controller. When using either controller, game functions will remap to take advantage of the fact that the controller has more buttons. Additionally, the auto-aim functionality found in Retribution will be turned off, allowing you to aim more freely using both analog sticks. Bend even went as far as to enable rumble when using a Dual Shock 3.

Both modes are activated from within Resistance 2‘s options menu, and can be used in tandem. In the demonstration, two televisions sat side-by-side, and it was stressed that the idea would be to hook up the PSP to your television using A/V cables, and then kick back on your couch to play the game using a “full-featured” controller.

USB? A/V cables? It sure does sound like a lot of wires. And while we didn’t have a chance to play Retribution using a PS3 controller, it definitely seems like something that would change how the game feels and plays — it just might be worth the trouble.

Resistance: Retribution is set for release in Spring of 2009, so you have plenty of times to figure out your wire situation before then.