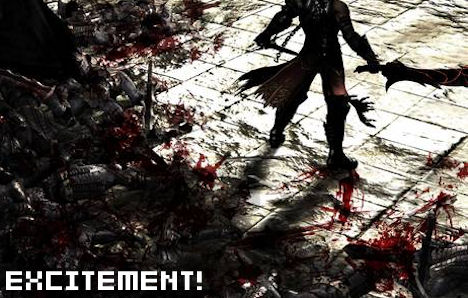 It’s quite amazing how detached from the games industry you actually become when you’re at the Tokyo Game Show. Sure, we’re surrounded by the freshest upcoming games in the homeland of some of this industry’s most influential titles and designers, yet you’re too close to the action to see anything.

Thus it was when someone randomly said to me “Oh hey, Ninety Nine Nights 2 was announced.”

Yes, the poor man’s Dynasty Warriors is back, and we have two whole images that were sent to us in a 65meg file. There’s not a lot more to say because, like all the other news that came out of TGS, there’s barely anything to go on right now.

Is it sad that one of the biggest new stories to come from the show has been a Ninety Nine Nights sequel? I think that’s pretty bad, myself.