Doctor Freud would love feminists because they seem to be as obsessed with penises as he was. Mighty Ponygirl over at Feminist Gamers recently wrote a piece about how Tetris is a sexist game. I wasn’t sure if she was kidding when she wrote this piece but she wrote twice in the comments that she wasn’t, so this must be a serious article.

[Update: The Tetris post was confirmed as a joke for April Fool’s Day by Mighty Ponygirl. I figured it might be but sarcasm is hard to read in text. I apologize for my rant but it is still a good topic to discuss whether video games could have hidden messages behind them. Oddworld games have a environmental message in them, so why can’t other games have meanings behind them too?]

The architectural motif: the constant building theme of Tetris, celebrates the male desire to subvert a woman’s natural life-producing abilities. Architecture is clearly an attempt by men to artificially emulate the life-giving power of the woman’s womb. Once a man has been able to create something that lasts, that gives comfort and shelter, it can be elevated to an art form — and the most mystical, beautiful accomplishment the female species has provided throughout history can be lessened and scorned.

Mighty Ponygirl also points out that the plunging of the straight piece into the slot and the blocks disappearing afterwards is metaphor for male domination over women.

But the most telling part of the game is the fact that most highly-sought after piece in the game is the “long piece.” Could anything be more phallo-centric than the plunging of the long piece into a deep cleft of the field below? After which, the rows blink and disappear — the message? Once the vaginal area has been penetrated, it is conquered, it is unnecessary — and the player who did the penetrating scores “points” and moves on to the the next field. 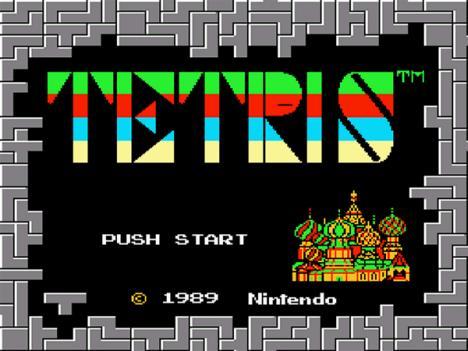 Now you can babble on all you want to me about hidden meanings and other psycho-babble ideas inside Tetris but as far as I’m concerned Tetris just a basic puzzle game which was created by a bunch of guys living in Russia during the Communist era. They weren’t trying to make any male dominating, women hating messages within their game. They just made it for their friends to play and enjoy.

What do you think? Is Tetris a metaphor for male domination over woman or is it just a simple puzzle game?

You can read Mighty Ponygirl’s entire article here and please don’t post an nasty messages on her blog. You can post them here for us to read instead.