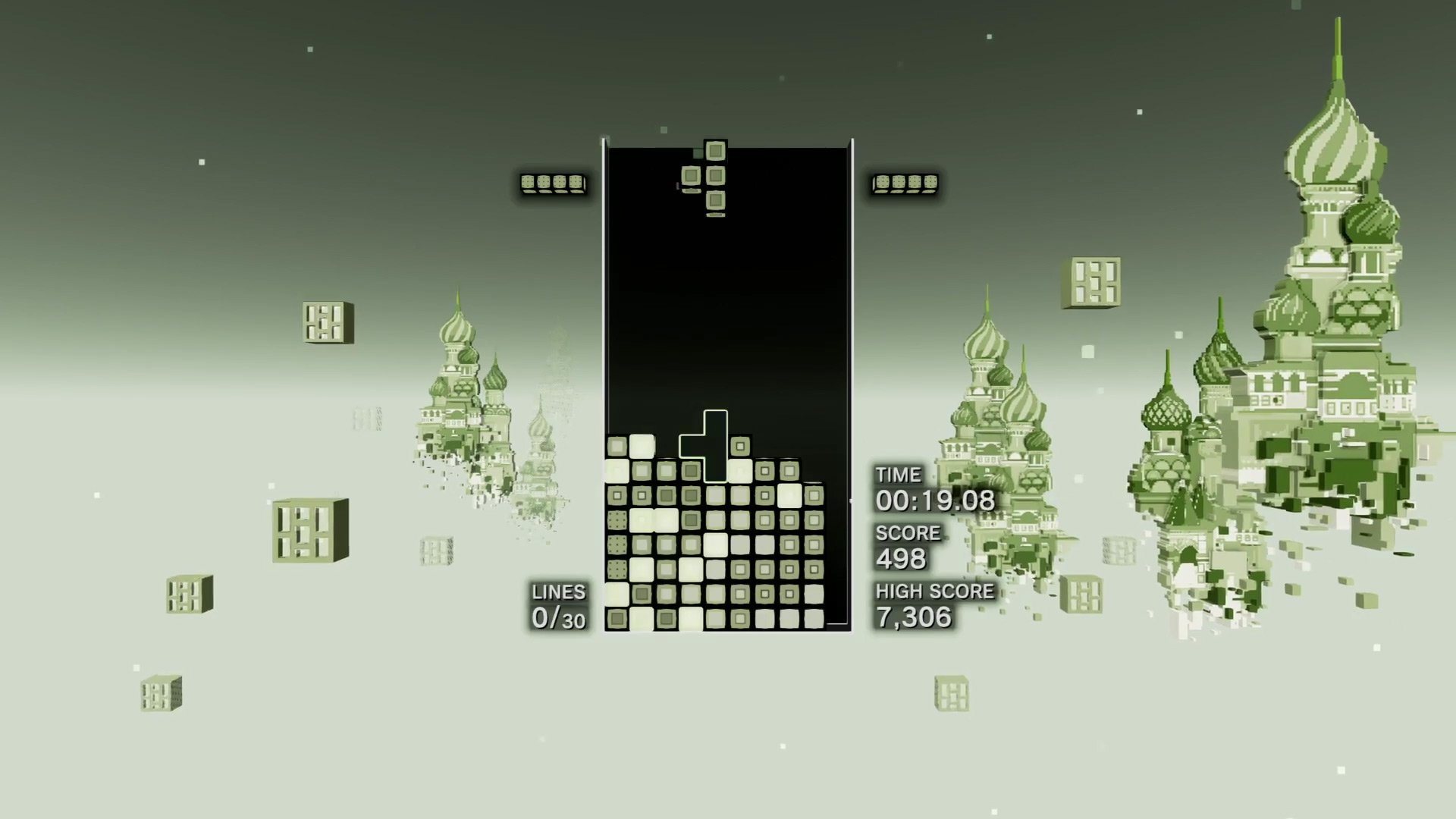 Every weekend from here on out, Tetris Effect players will gather together to play a few specified modes in hopes of reaching a collective point total to unlock a shiny new avatar. This went largely overlooked during the first Weekend Ritual event, but there’s also a retro stage with the classic Tetris jingle.

According to producer Mark MacDonald, the 1989 skin is playable during the Weekend Ritual once players have met the point goal. Better yet, you can also permanently unlock it by ranking up your account to Level 50. The old-school theme is usable in any of the Effect modes with a stage select.

Please excuse all the moments where it looks like my brain shuts off and I waffle before committing to a terrible piece placement. Sometimes you make bad moves. Fixing them is part of the fun of Tetris.