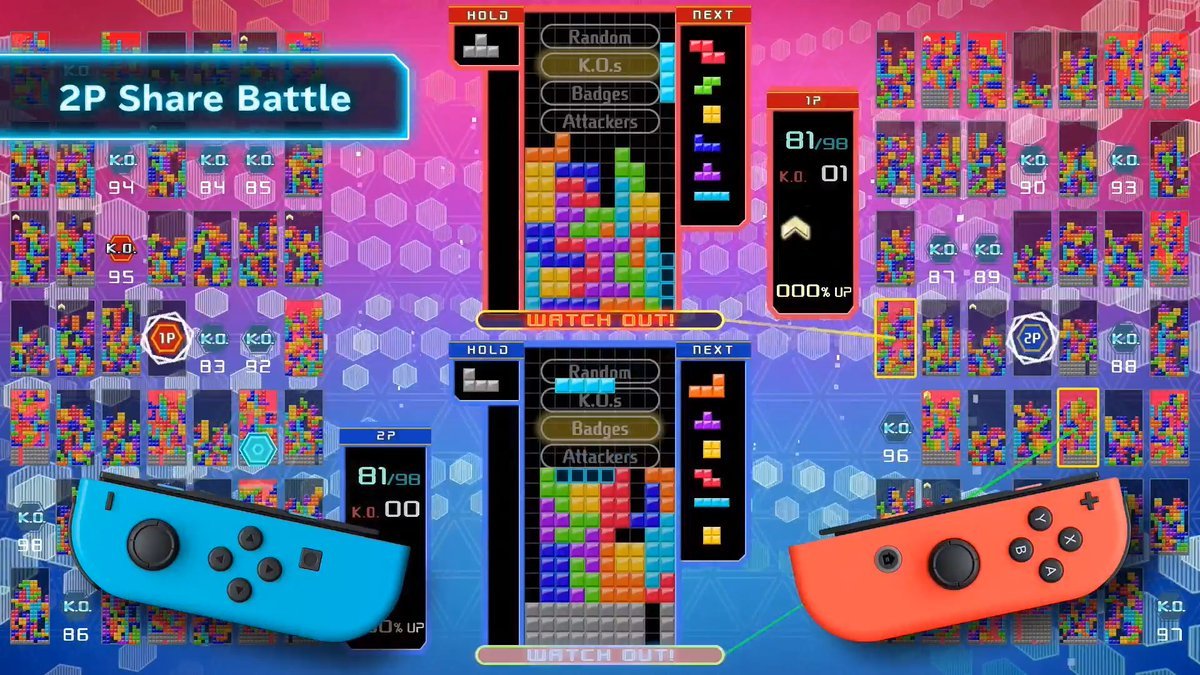 Tetris 99 is set to get quite a bit bigger. The 2.0 update will be heading to the Nintendo eShop tomorrow and will bring a brand new score bracket for players to compete in. The “Invictus” mode is something for Tetris masters to test their mettle against each other once they’ve achieved “Maximus” status. I doubt I’ll ever get that good, but it sounds great for filtering out the overly skilled.

As well as that, the second DLC pack was detailed beyond the vague descriptions we previously had. A “2P Share Battle” option will allow you and a friend to split the Joy-Con and take on the CPU from the comfort of your home. This will also be extended to an eight-player, ad-hoc version where you and a bunch of friends can face off for supremacy. That retail edition is suddenly making a lot more sense.

Finally, daily missions will be coming to the online mode for Tetris 99. Similar to Fortnite (I guess), you’ll be able to fulfill certain tasks that unlock some in-game currency for you to spend on custom themes! Yes, those Maximus Event themes will be fully unlockable, now, with more based on other Nintendo franchises. I’m overjoyed with that, especially since I missed the damn Fire Emblem event.