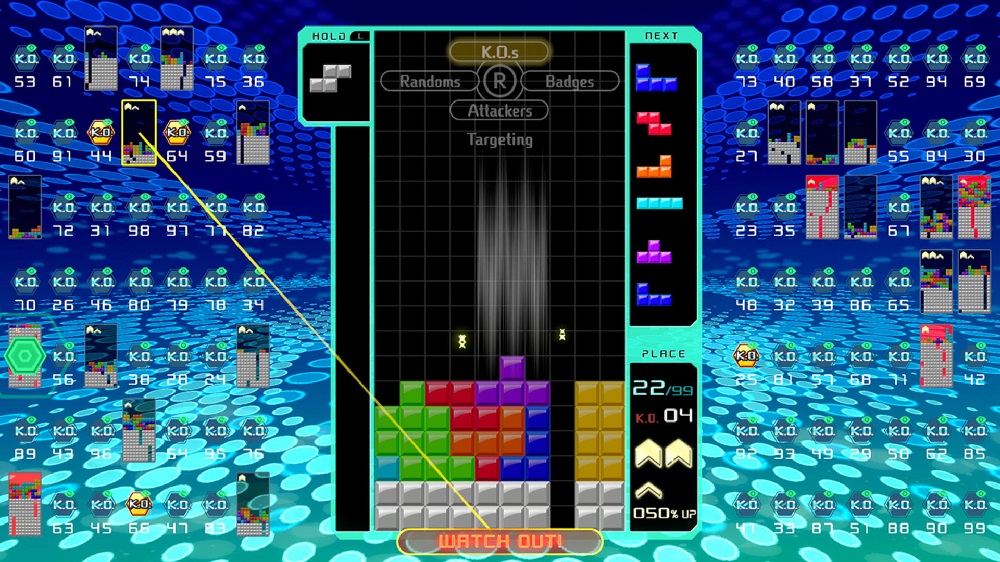 Fans of the frantic battle-royale-style puzzler Tetris 99 will be pleased to hear that the game has received a free update, adding an all-new Team Battle mode and other features to what is primarily a multiplayer free-for-all.

Players can now squad up with the friends to take on groups of other players, battling live in last-person-standing action to prove themselves the top Tetrimino tumblers of them all. Even if you get eliminated, you can still hang around to watch your fellow team members pick up your DEAD WEIGHT – cheering them on with likes and emoticons.

Along with the new mode, the Tetris 99 update brings new button configuration options and player emblems to the game. Special Themes are also returning, and players who might have missed out previously can now spend 30 tickets to bag themselves themes based on franchises such as Splatoon, Super Kirby Clash and Fire Emblem: Three Houses.

The new update was released in part to promote the upcoming Maximus Cup tournament. This tenth iteration of the online event will run from December 12 to December 16, and allows players to compete in frantic online competitions to earn themselves a high place in the overall rankings. When the blocks have settled, the top 999 players will earn 999 Gold Points to spend in the Nintendo Store. Nice.