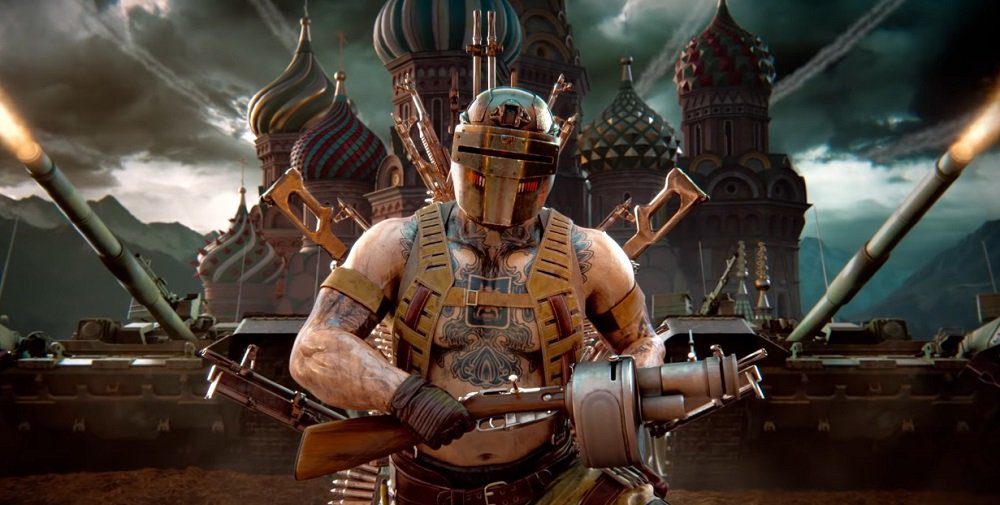 Get your affairs in order…

…The Tachanka rework is now live in Rainbow Six Siege.

That’s right, after years of meandering in one spot – bucket on his head, turret in his hand – Lord Tachanka is finally going mobile. The devastating Spetnasz Defender can now carry his fearsome turret anywhere he damn well pleases, spraying death from the hip like it was a mere Super Soaker… A Super Soaker full of bullets… Like a gun.

If that wasn’t enough, Ubisoft has done the unthinkable and handed Tachanka a secondary. And it’s only a hell-spitting grenade launcher, one capable of banking shots off of walls and doors, laying waste to any team of Attackers foolish enough to encroaching upon our man’s objective. Frankly, I don’t know why we don’t all just stop playing right now.

To put the final exclamation point on the Lord’s return, he’s only gone and taken his fucking shirt off. So immovably confident in his devastating and unstoppable new abilities, Tachanka has decided his iconic inch-thick armor is now purely for chumps, and has replaced it with inch-thicc skin.

Ask not for whom the bell tolls; it tolls for thee.