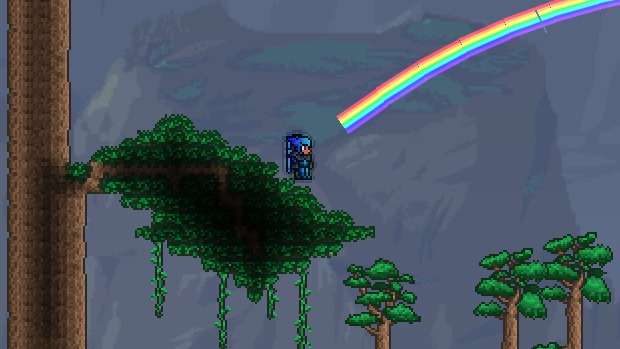 ‘Chest sizes have been doubled’ is not referring to character creation

We knew it was coming today, so now it’s time to celebrate. After almost two years since Terraria 1.1 brought hard mode and the Megashark to the open world title, update 1.2 adds a huge amount of content, and is bound to suck former addicts back into it in order to discover everything.

Some of the most notable additions are the mini-map that shows each tile with the most illumination it has ever had, the possibility for a pyramid to spawn during world generation, eight new non-player characters to add to town, and four new bosses to fight. The full list of additions and changes can be found below.