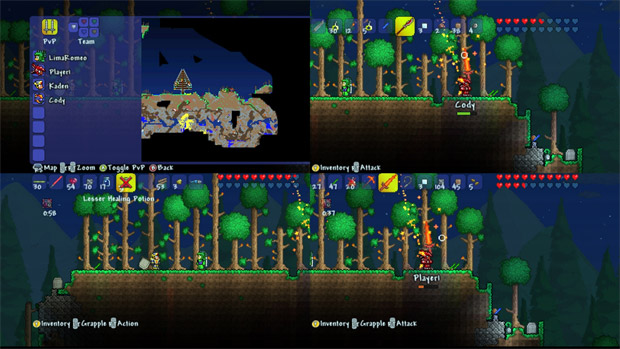 If you’ve been itching to quell your creative instincts, and have crafted all the mines you can possibly craft, Terraria might be up your alley. It’s out today on the Xbox Live Arcade and PlayStation Network, and features a full 2D sandbox adventure with tons of enemies to kill and structures to build.

Of course, this transition onto consoles didn’t go as smoothly as the developers had hoped, as many users were extremely angry that the original PC version was being snubbed for this “Special Edition” port.

Can it repeat the success of its older world-building brother, Minecraft? Probably not on that massive of a scale, but one thing’s for sure — people love world builders right now!