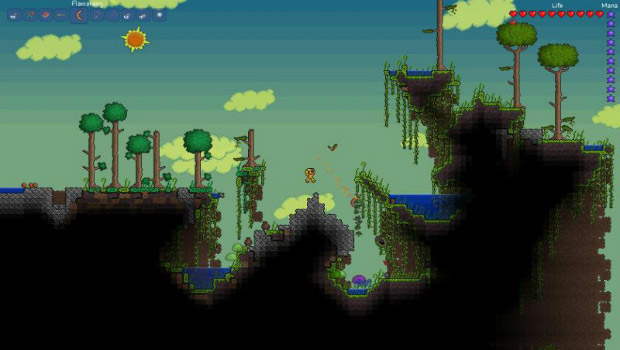 Terraria seemed to come out of nowhere, at least for me personally. When the first trailer was released, some of us weren’t even sure how to properly quantify the game. Enough people were curious to pay up that it became hugely successful, allowing the designers to expand the game further with new content.

That time is coming to an end, unfortunately. Terraria developer Redigit has posted a message to fans, saying that while there’s still at least one more bug fix on the way, the team is preparing to move on.

“My wife and I are due to have another boy soon, and I want to spend some time getting to know him,” he writes. “I also want to spend the time recharging and bettering myself as both a programmer and game designer. I have learned a lot from working on Terraria and plan on using what I’ve learned, building upon it, and moving forward with another, even better project.”

Finn “Tiy” Brice has already joined up with Chucklefish to work on Starbound, which you’re going to want to start following. Seriously, it sounds — and looks! — effing cool. Though all of this news might be sad initially, the free updates we got for Terraria and the promise of new games has me feeling great.