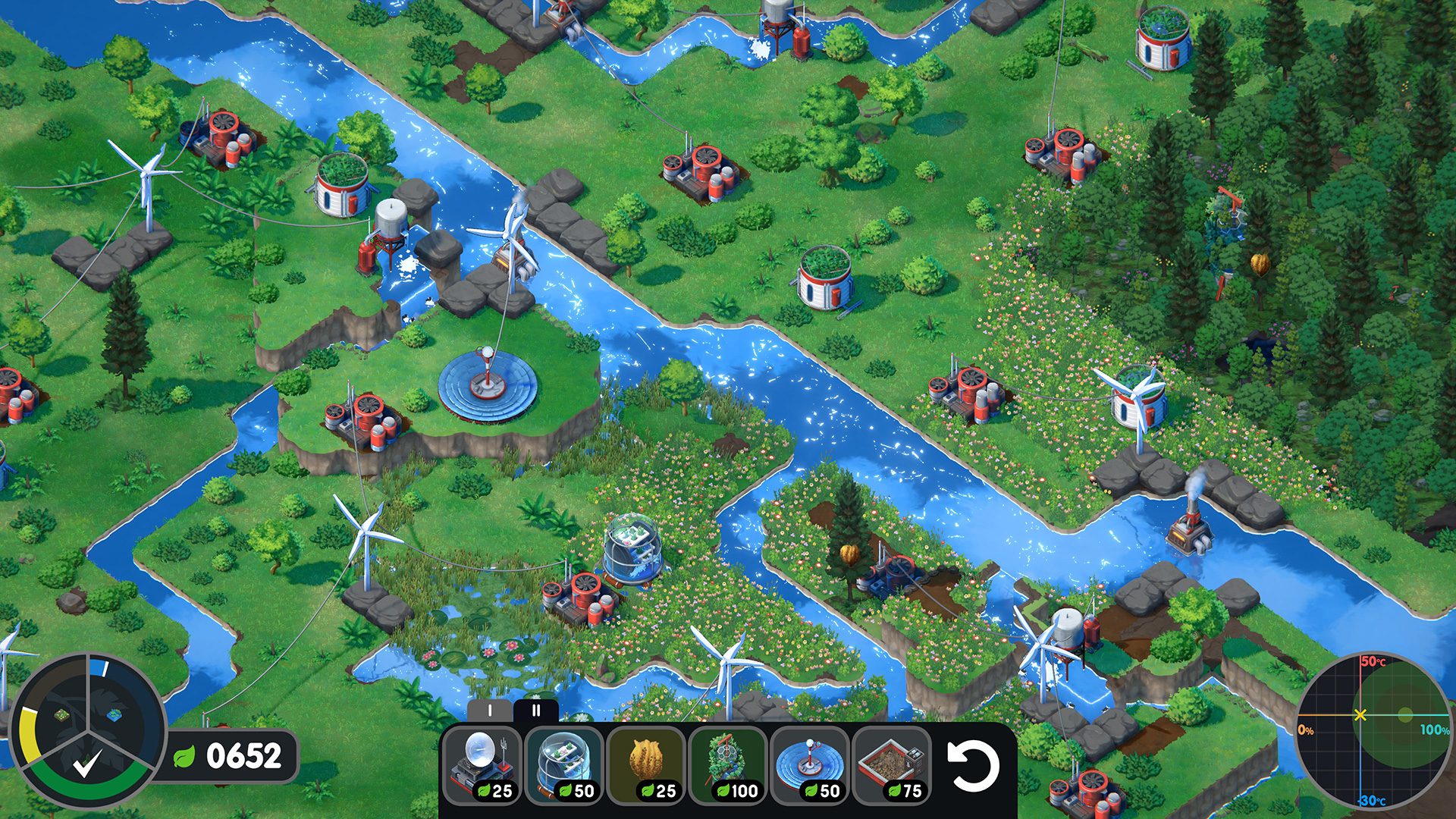 This isn’t what I expected when I heard murmurs about a “reverse city-builder” game, especially one dreamed up by Broforce developer Free Lives, but I mean that in the best possible way. Terra Nil looks so neat.

We’ll even be able to try it out soon with a demo on Steam.

I’m watching this reveal trailer as my neighbor enters hour three of incessantly using his power sander on some boards that must be ready by now, and I needed this.

While we will be plopping down machinery in Terra Nil, the point of the game is to restore a “ravaged” wasteland into an “ecological paradise complete with different flora and fauna.” If you’ve followed my coverage of sim games like Birthdays the Beginning over the years, you’ll know how much that premise clicks with me. And this art looks really pleasant.

I’m not entirely sure of the beat-by-beat strategy of Terra Nil just yet, but it’s clear that we’ll need to rebuild the natural world one well-placed component at a time, and there’s a ripple effect as water, soil, and trees reenter the picture. The initial screenshots on Steam show a sort of building currency needed for windmills and the like. The game’s summary also mentions that the ultimate goal — once life finds a way — is to “recycle all the structures you used to get there, leaving the environment pristine.” I love that concept.

Free Lives and Devolver Digital will host a playable PC demo of Terra Nil starting June 16 through Steam Next Fest, a showcase event intended to highlight cool upcoming games. As far as a release date, there’s nothing on the books yet. We’ll see how folks take to the demo, I guess! I know I’ll want to make time to check it out.

It’s also fun to go back and trace the roots of this project to a non-commercial pixel-art build hosted on Itch.io.